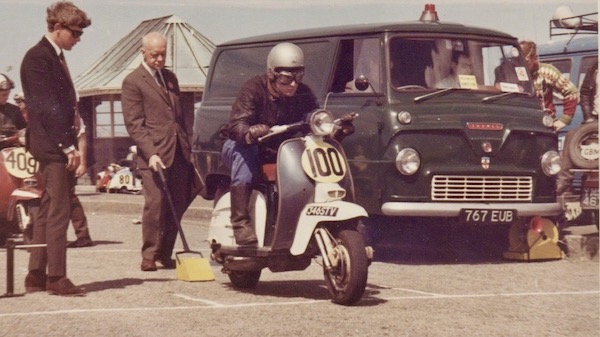 Retun to the Isle of Man

After that you returned to the IoM the following year, basically as a factory-supported team. the poster from IoM shows you winning overall on an SX150 ahead of Nev Frost on an SX200 and Sicbaldi on a SX125 special. How did you manage to beat them on a 150

The events were split into separate capacity classes, but you've also got an accumulation of points at the end of the week. There were so many events going on besides the 12 hour TT course, and you had to do well in all the events.

There was the all-night trial which was run on parts of the International 6 day trials course, and there was the grass track racing, the Druidale event (a timed twisty sprint which included the famous water splash) and even sand racing. That was what made it such a great event. It wasn't just a matter of being good at one event, you had to be an all-rounder.

Was this support from the British importers, or was it direct from the factory in Italy

It was from the UK. They were doing all the importing and all the supplying. There was no direct support from Italy as such, but I am assuming they paid the Italian guys to ride. At the time it one of those things that wasn't spoke about because we weren't really suppose to be getting support like that at the time. We were getting the goodies because we were winning. Other people weren't aware, but they had their suspicions.

The nearest we came to full sponsorship was the year of the boat strike. Prior to that in Manchester we had a meeting and they (Lambretta Concessionaires were going to pay a group of us and some TT riders who lived on the island to ride their scooters for them. Then the boat strike happened and it didn't go ahead. The following year we had started riding with the help of Arthur Francis.

How many people were going to the IoM then

It says on the poster 768 competitors, but there were many people there who came as pillion, passengers or spectators or to help out. 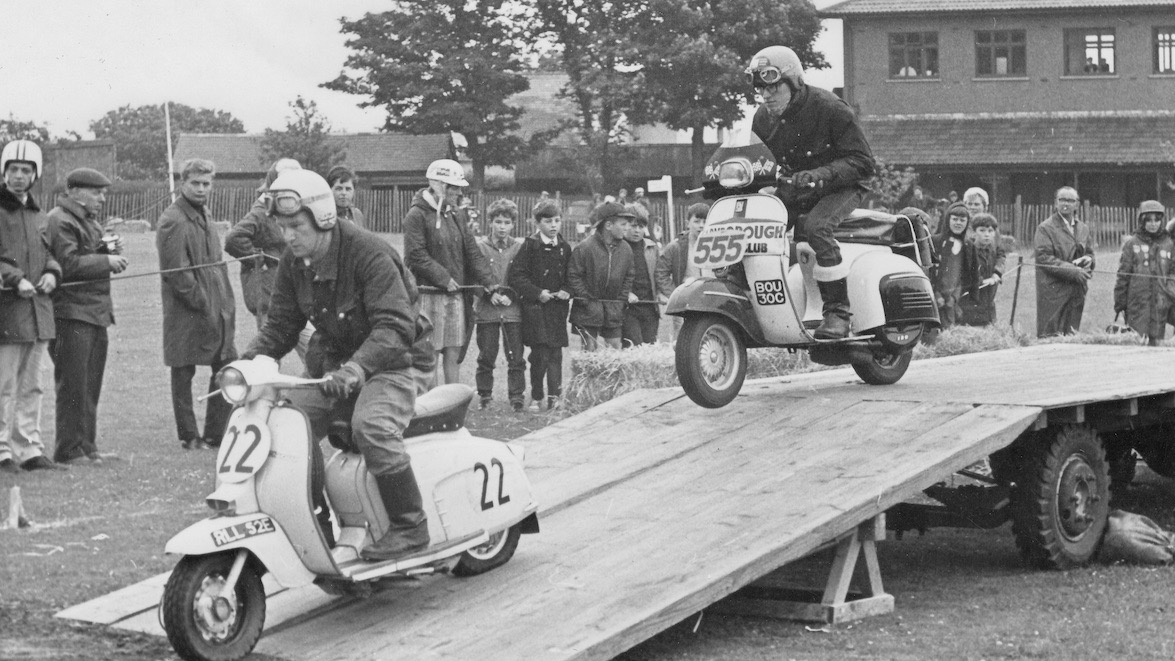 How many times did you win the IoM overall

I won it in 1967 and 68. In 1968 when we raced as a Team S Equipe, which was the Arthur Francis sponsored team, all three of us had SX 125 special Lambrettas and we came 1st 2nd and 3rd. which nobody else had done before. In 1969 we took 3 Grand Prix 125 DL Lambrettas. On this occasion I did not win when everybody expected me to. They were going to give me the big Tynwald Hill Trophy to keep if I won it three year on the trot, but I just missed it. The three DLs had been shipped over from Italy especially for us. Nobody else had seen these models because they hadn't been launched in this country at the time. We fitted chronometers to them but didn't have time to fit them into the head sets as we normally did.

Did you ever have any nasty accidents

Only one in the IoM. It was with a competitor called Peter Chapman, and I was over taking him on the road race circuit at Jurby, (I was riding the very quick 125 Vega my brother had tuned) when my back wheel went on the grass. I ended up hitting some gravel and getting thrown down the road head first on my back. The green race leathers I used for racing were completely shredded and so was my back plus some bone out of my left elbow. I landed up in Ramsey cottage hospital and taken to the operating theatre to have my back scrubbed to remove the gravel. He must have done a hell of a job because my skin has healed absolutely perfectly. I suppose if you are going to have a bike accident the IoM is the best place to do it because the doctors know what they are doing. It still took months to recover. That was my one and only major accident. But I have never broken a bone in all the years I was riding.

What were the prizes like for winning the IoM

In 1967 I was given a cheque for winning it from Bob Wilkinson of Lambretta Concessionaires for £100 which was a fair amount of money then. When my brother won the Lambretta championship he was given a brand new Scooter donated by the Daily Mirror. at the time scooter racing was big news with several daily newspapers who gave good coverage.