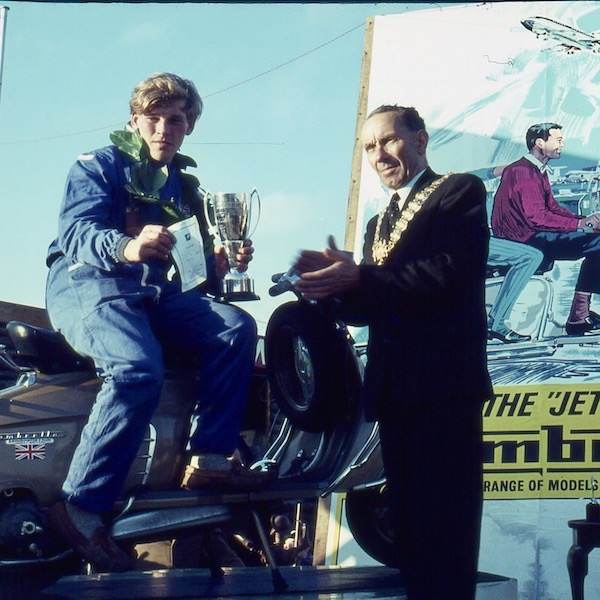 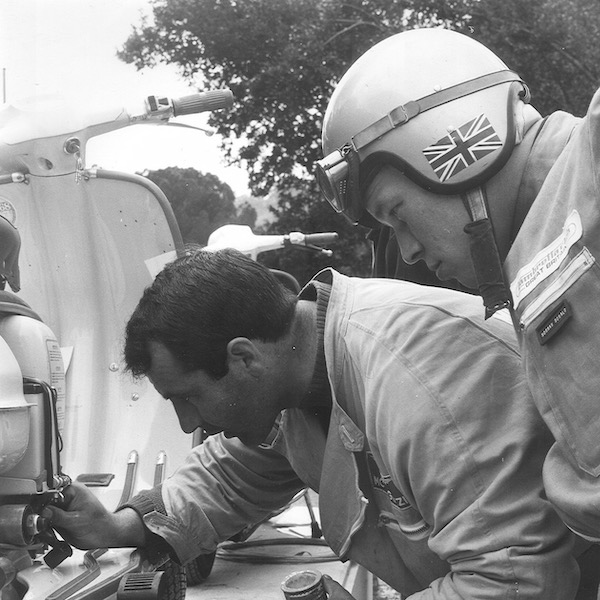 And after that? In 1966, I won the British Lambretta Championship and the gold-painted bike that the Daily Mirror gave away. But there were no major events to attend abroad that year and the Isle of Man was cancelled due to a seamen's strike, although I did go to Ostend where I won the slalom and an 18-carat solid gold Innocenti medallion - I've seen lots of metal medals, but this was the only solid gold one that I've come across. The second Italian event was the 1967 Motogiro D'Italia (the first time it had been thrown open to scooterists). It was a totally different kettle of fish altogether to the Milan Taranto - around Italy in seven days. Again Bob Wilkinson took the Commer van with all six bikes on a trailer - God knows how he did it!We met him at a local Lambretta Concessionaires in Bologna and then rode to Rome for a few days of sightseeing.

For the Motogiro, we had to have an FIM international licence and medical checks. The bikes were scrutineered and had to be completely standard we weren't allowed to change anything. They were kept in a locked compound  overnight and you were only allowed to get them out in the morning, five or 10 minutes before using them.

You weren't allowed to start your engine, although you were allowed to check your plug, etc. At the start line with a cold engine you were given a minute to start the bike on the kick-start and if it didn't start, then you were immediately docked penalty points. If you hadn't got it started, you were then allowed a further two minutes to bump-start it.

If you hadn't got it going after three minutes, you were disqualified. After that, there were checkpoints all day and you had to arrive within 30 seconds either way of your allotted time. What you could do if you were early would be to stop prior to the checkpoint, then walk up and check your time before riding in at the specified time.

The route was a mixture of Tarmac and dirt tracks through little villages where the locals came out to cheer us on the way; you can't believe just how well supported it was. There would also be hill climbs during the day and timed sprints to the finish line in the dark. On finishing, the bikes would then be locked up overnight until the next day. You weren't allowed to touch or do anything to them - and so it went on for seven days.

In the morning you could never get anything to eat - or even a cup of coffee. Halfway through the day, the organisers at a specific checkpoint would stick a nosebag on you, which contained a couple of rolls that were so hard you couldn't eat them; there were also small sweet packets (which we gave to kids along the way) and a bottle -but no bottle opener!

I remember turning up at a checkpoint and being spotted by a group of motorcycle riders who came charging over not to look at the scooters,  but to use the sidepanel handle catch as a bottle opener! This became the normal experience for all the Lambretta riders throughout the event. John and I were the only two riders in the British team to complete the event without any time-control penalty points.