So you were riding with The Bowmen (a Lambretta club) on a Vespa?. I was still on the Vespa at this stage, John was riding a TV175 and Roger, a TV200, but at this point, the pressure was being put on me to make the change. All three of us received gold medals in the Manx 400, which meant we had cleared the first even without losing any penalty points. 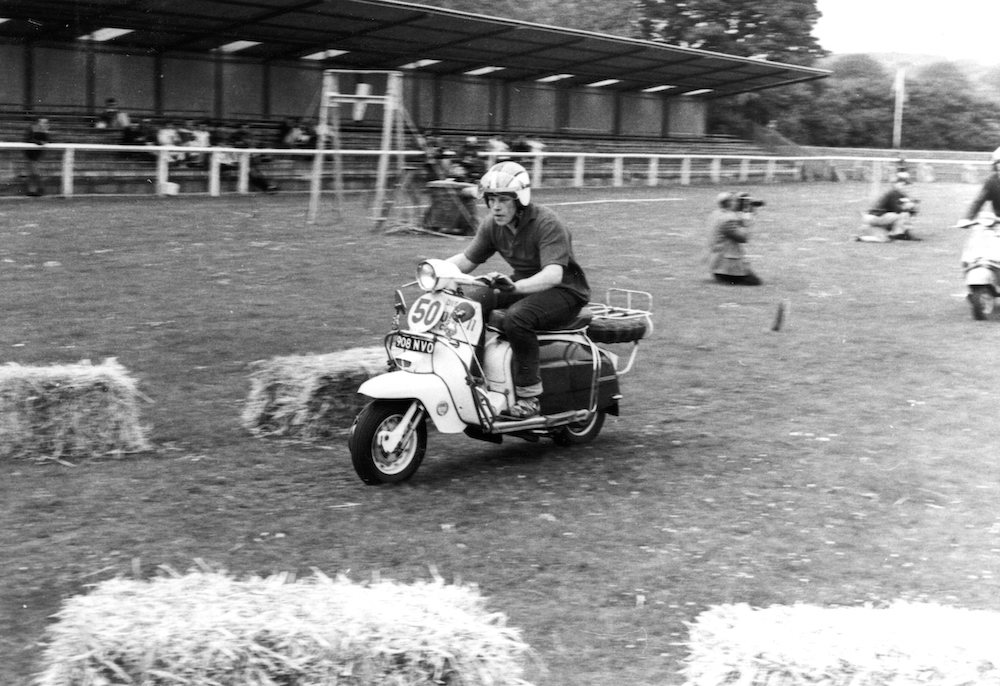 I can't remember if there was a night trial in these early days - I think that came in later on but there was a gymkhana styled event. Then there was the Druidale on the Thursday; you had to have won a gold medal in the Manx 400 to stand any chance of winning overall event, it was the rider who got the nearest to their time on the Druidale who would win the event outright and the Tynwald Challenge Trophy.

We learnt later on that it was a case of being on the right bike for Druidale. The difficulty was that the Druidale timing was a bit of an art. The stretch from the top to the bottom was on open roads and you were given loads of time to get down there. At the beginning of the climb there was a flying timed checkpoint which you went through flat out and they timed you across the line at the top.

These times were always set so you had little hope of doing it, then you lost penalty points for how late you were at the top and it was inevitable you were always going to be late.

Because you were in different classes (125, 150, 200, etc.), it was always a case of getting your class time right. What used to happen was that a manufacturer would bring out a new model with differing acceleration and top speed, so some people struggled to get it spot-on.

It became a case of getting to know the course and working out how to hit that time nearest to your individual scooter  class. The first year we went, Roger, on a 200, was slightly quicker, which gave John a slight disadvantage on his 175. My Vespa 150 wasn't that quick, so I had no chance.

Going back to your original question. The pressure was put on me that year to make the change and I swapped the Vespa for a Lambretta Pacemaker 150 (BTO 729B if I remember rightly) which I took back to the Isle of Man the following year. After I had done the Milan Taranto on it.