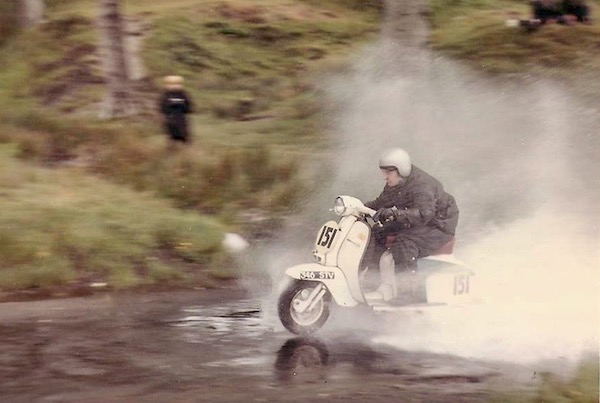 At scooter rallies and events you had the opportunity to meet other scooterists and it was at one of these events I met John Ronald, who persuaded me to join the Nottingham Lambretta Club (The Bowmen) where I met Norman, and we have remained close friends ever since.

In 64 and 65 I entered the Cambrian Scoot on my Heinkel with Jean Cresswell as my navigator, originally I met Jean in the Outlaws before we both joined the Nottingham Lambretta Club, and have remained good friends to this date. (for full report see the Cambrian page on this website)

The Esso Scoot to Scotland was a 24 hour event which starting on Friday evening from different parts of the country and finishing in Edinburgh on Saturday evening with all entries covering approximately the same distance. I navigated for Ralph Hyde in 64 in his Messerschmitt bubble car, and entered the event again in 65 with another member of the Outlaws on his Lambretta and Sidecar outfit.

I achieved the Gold Award with zero penalties points on the ACU National Rally, an endurance ride over 24 hours non-stop starting from various locations around England, culminating in a common finish and checking in at as many controls as possible in exactly 600 miles.

May Bank holiday weekend 1966, saw me travelling with Norman to Ostend in Belgium for the Lambretta International Rally. Navigating for Norman we travelled out on his Lambretta Pacemaker on Friday, returning on the Bank Holiday Monday. As I recall Norman had a very successful weekend, winning a Lambretta Club D’ Italia 18c gold medallion for putting up the fastest time on the slalom course, which was held on the pier in the centre of Ostend with a large drop into the sea on one side to make the course more interesting. The following year I understand they gave away a Lambretta for the same event. 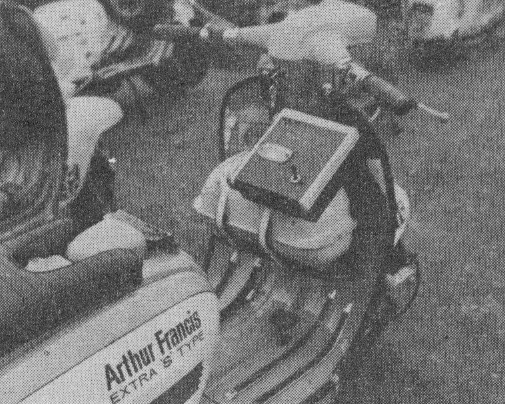 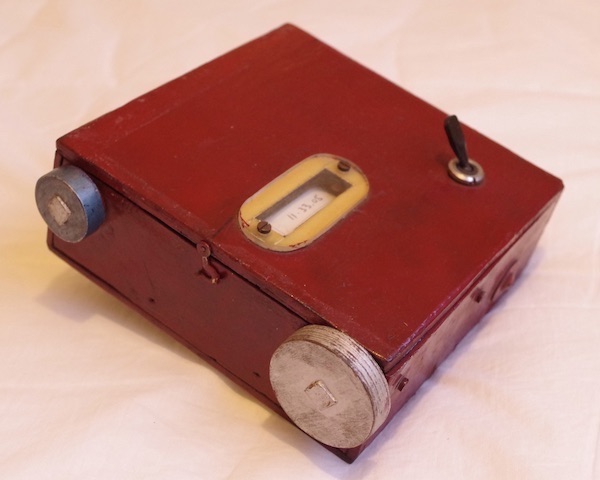 Gained a second overall at the Snetterton Twelve Hour Reliability Trial in 1966 with John, following that event I went on to assisted in the pits and invent the on-board timing box which John and Norman use, winning event on an Arthur Francis S Type.

Isle of Man 1967, I borrowed John’s TV200 reg 346 STV, entered the Manx 400, the Druidale and the Ramsey Sprint, gained a Silver Medal over the week. Navigated for John on the Night Navigation Trial, John went on to win the overall event. 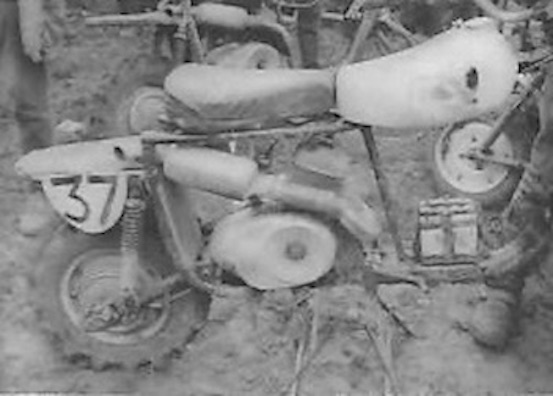 The first meet we took the scrambler too the course was very hilly and on that particular weekend the conditions were extremely muddy, as can be seen from the picture of the bike above, we quickly realised that the Villiers engine was massively underpowered to cope with the heavy weight of the DKR frame in these types conditions, and to add to that the engine was totally unreliable. The decision was quickly taken to abort the project, especially when compared with the performance of the Lambretta Stingrays.

Picture of Red Scrambler, John Ronald is leaning against the fence, with my father in front of him and I am to the righthandside, these are in the day's when I had hair. 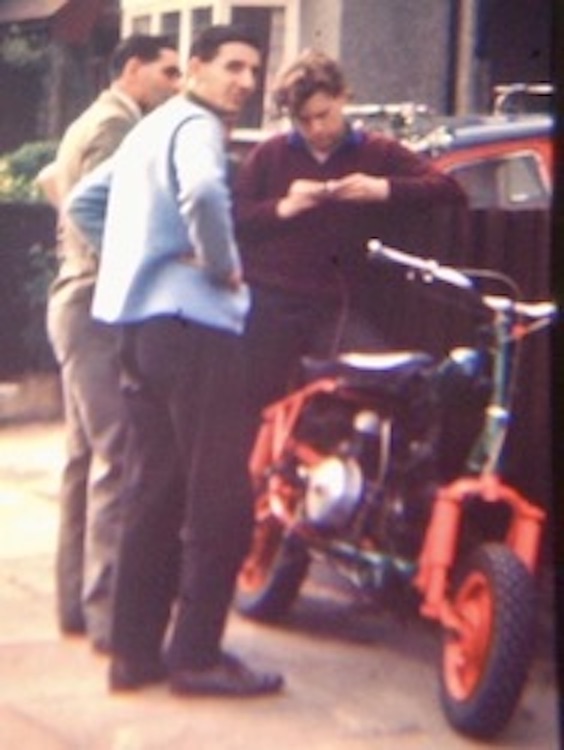 Janice and I went over to the Isle of Man on holiday in 1970, when Janice was expecting our daughter, to the horror of our landlady I hired a Lambretta for the week, we took a trips around the Manx TT course and up the Druidale. The landlady who I had know from previous visits told me off in no uncertain terms.