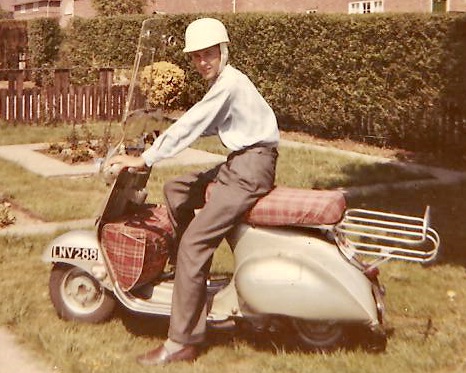 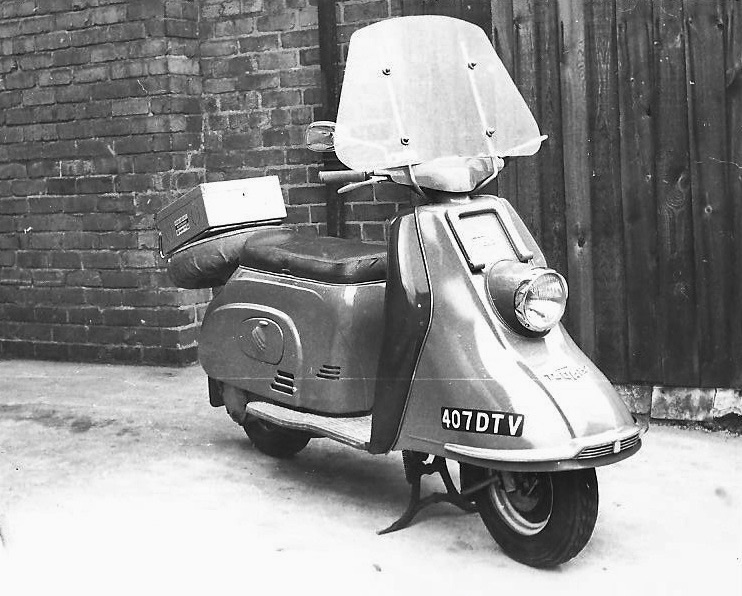 I was born and have lived in the Nottingham area all my life, my father had a keen interested in motorcycles and was mechanical minded, he worked for John Player & Son’s (imperial Tobacco Company) maintaining the machinery.

Shiftwork was normal at Player’s, so finding my father at home when I returned from school at lunch time was not unusual, but on one particular lunch time I was surprised to find my father had a Royal Enfield motorcycle on the drive waiting for me.

My lessons in riding and maintaining a motorcycle started from that point, most of my evenings was spent riding around the garden, and when I wasn't riding the Enfield, I was learning how to maintain it under my fathers instructions.

In late May 59, I passed my motorcycle driving test, a few days after my sixteenth birthday, and later went on to win a Road Safety test event for motorcycles and scooterists which was held by the Nottingham County Council.

After the Royal Enfield, the first scooter I owned was a Vespa 125cc, which was the only scooter I actually fell off, when being towed home in icy conditions following a breakdown.

I joined Nottingham Outlaws Scooter Club (an all makes Club) immediately after purchasing the Vespa scooter and was a member for 6 years, before I joined The Bowmen Nottingham Lambretta Club in 1965, who had a more competitive attitude. The Outlaws were predominantly a mixed scooter social event type club with which I attended many scooter rallies throughout the UK.

After the Vespa others scooters I owned while a member of The Outlaws were a DKR, Dove, Heinkel Tourist (reg 407 DTV) and a BMW Isetta 4-wheel Bubble Car which was great fun to drive.

Many years later I won a Ovetto ‘twist & go’ scooter in a magazine competition but this was sold after a year as I considered it was too slow to be safe in modern fast traffic. 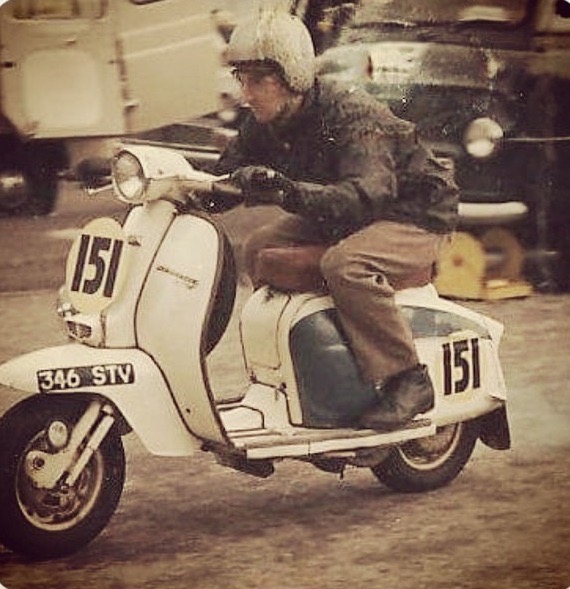